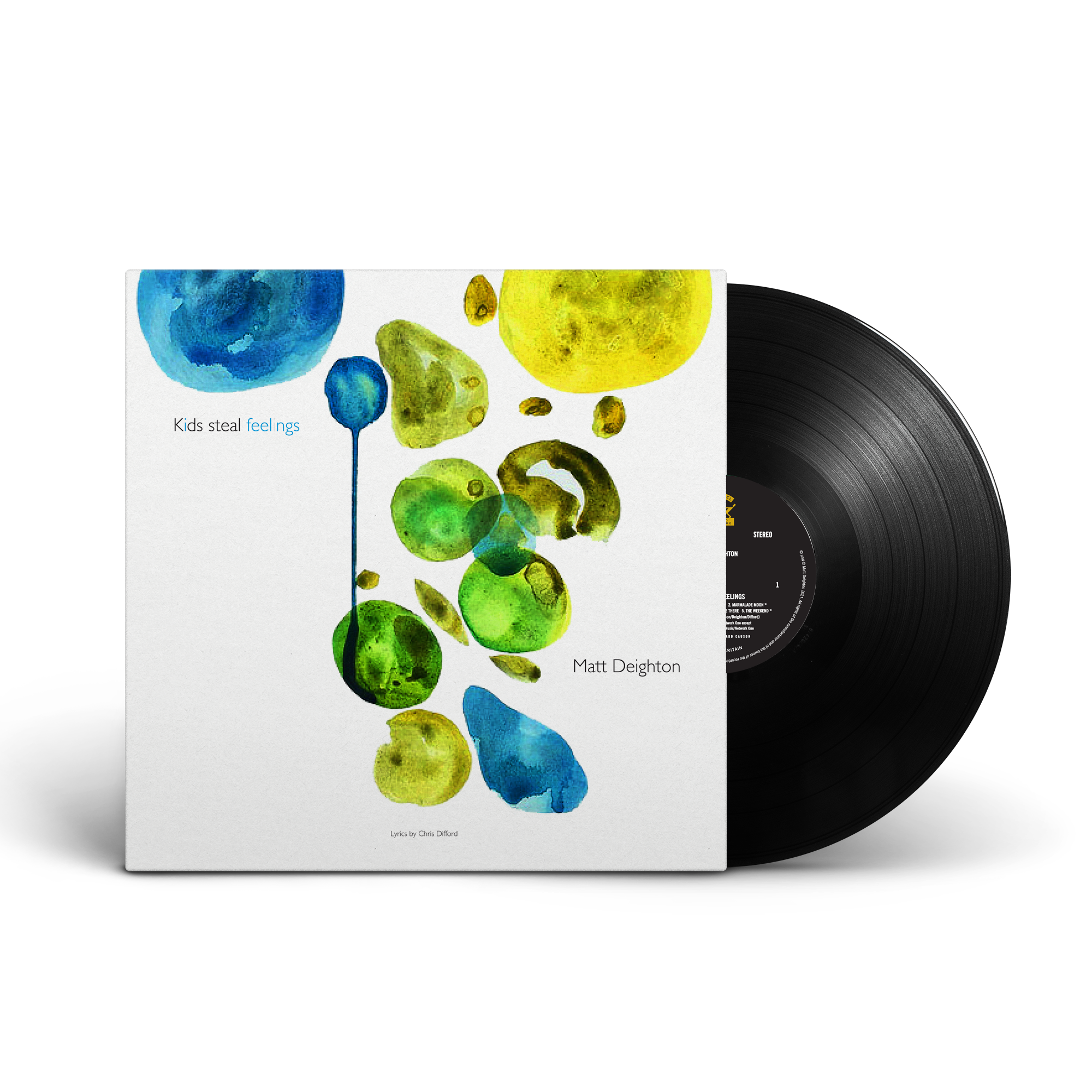 Kids Steal Feelings is Matt’s fifth solo album, although it was actually recorded in 2003 before Wake Up The Moths was released. Written over a couple of years with his long time friend and Squeeze legend Chris Difford who penned the lyrics, the album was engineered, produced and mixed by former Whiskey Town keys maestro, and long time producer Richard Causon, who also plays keys on it. They were joined by a drummer who today is one of the most sought after drummers on planet earth, the brilliant Ash Soan, alongside long time friend and Mother Earth bassist Neil Corcoran and Zan Abeyratne on backing vocals, with Chris Difford adding some BV’s in sprinkles. All the songs are complete live takes direct to tape, no pro tools, no logic; and it was recorded on Heliocentric’s fabled Helios desk that was built out of one half of the legendary Island Records Studio desk (that it was said had faders that could be harvested for stuff to smoke if you scraped hard enough…)

The album was then thought lost for over a decade before it emerged Richard had kept it safe. The tapes were sent by Richard Clarke at Monk’s Road to the late great mastering engineer John Dent who cut it straight to vinyl with no digital in the middle, and this repressing is taken from the Hi Res files he made from the original master at 24bit 96k. Amazingly, it turned out that John had the other half of the Helios desk having built the Island Studio in the 70’s. Matt and Richard commissioned artist Christophe Gowan who built the incredible artwork out of his own paintings.